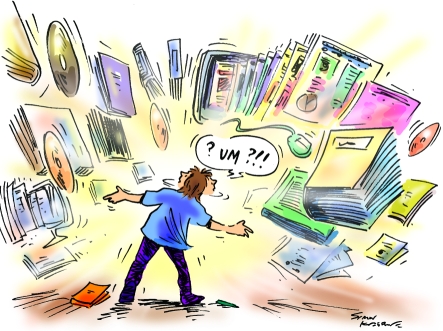 The Eurogroup ultimatum Cypriots woke up to on Saturday March 16th is the culmination of a series of ‘breaking stories’ that might very well be the straw that breaks the camel’s back. This little society, in a very short space of time, has had to absorb tremendously vicious schemas of information.

The Mari tragedy, the drip, drip outbreaks of the crises, the images of Turkish vessel ships illegally trespassing Cypriot sea territories, the Troika-pack walking in and out of buildings holding our fate in their young hands, and all under the backdrop of presidential candidates squabbling amateurishly as though in some high school debate meet.

Injustice weighs heavy, for all that the ordinary folk are guilty of is to have placed excessive trust in a system they have been told to do so repeatedly over the years.Apart from the forbidding actions of the Eurogroup, who is to blame one wonders. The stranglehold of bank and government unions, the passing of one political clientilism generation to another, the echoes of corruption and greed ringing high and low as we witness it all through our media. And what of our media?  Do journalists play a role in this Shakespearean tragedy? What can we conclude from how the media are handling the situation?

As I observe along with my fellow Cypriot citizens the unending torrent of traditional and digital media information over the past few days I cannot help but notice my paralysis of analysis. In fact, it has taken me over a week to digest it all and finally begin to break free from the paralysis. So when I ask myself what, as a communication sociologist, can I make of this story as it unfolds on every screen and mouth I find myself listening to, I reach a conclusion. It is not pretty but I feel obliged to communicate it because these are extreme times and we must stop tiptoeing around things we do not like. While the priority right now is to negotiate a way out of this financial mess with the least amount of harm done we must start facing the likely societal repercussions of this blow. My intention is not to further burden people but rather to find ways to alleviate the situation.

I am becoming increasingly concerned with what the consequences of all this will be on our consciousness, our identity and our psyche. My fear is that we will not respond fast enough to lessen the blow because like me, many of us have become victims of cognitive overload. Cognitive or information overload as it is more generally referred to, occurs because our brains are simply not able to absorb all this amount of information. The risks of cognitive overload are paralysis of mental functioning and increased stress levels. But now more than ever, we need to be calm and alert, because we all know we have difficult times ahead. This is a certainty. We have work to do. We need to create, to innovate, to rebuild.

In order to reverse cognitive overload we need to break the stream of information. I am not arguing to switch-off your routers and television screens and stop buying newspapers, but to be informed more sparingly. The amount of on-going, livestreaming information we are receiving is hazardous (albeit various benefits such as an increased number of active citizens). Furthermore, the information is often framed or taken out of context, is laden with fear-appeal, has a hidden agenda, and, importantly, competes with itself. During these times it is a good idea to increase our interpersonal communication with loved ones. Call a friend, connect with nature, take long walks and tune in to infoland less frequently. This way we can be ready for the challenging times ahead.