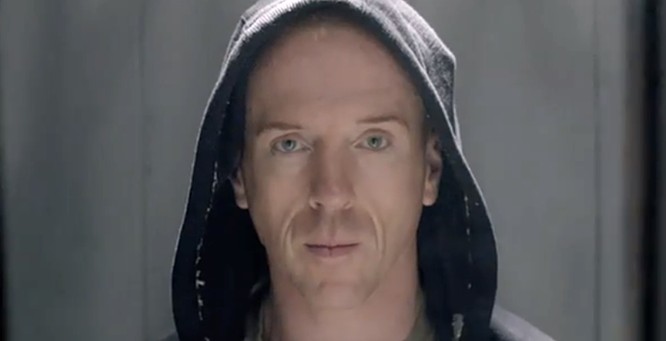 Spoiler Alert:  Do not read on if you have not seen Homeland Season Three yet.

Having last night just finished Season 3 of Homeland I woke up this morning with an urge to write about it as it had struck a chord.

As a Cypriot, the foreign interventionist policy championed by the producers of this series does not sit well.  Turning Javadi and using him to overthrow a regime sounds all too familiar; we Cypriots know how that story can turn out.  Furthermore, watching this series now, at a time when in the local news here in Cyprus come the revelations of Nixon’s demise on account of the Cyprus invasion and his fallout with Kissinger – all this allegedly from the former Turkish minister of health Khalil Sivgkin, right hand of former President Turgut Ozal of Turkey, is interesting and ironic, and all too complicated to get into.

Apart from my personal, Cypriot agency toward the show, one can also take a generic communications perspective.  Communications researchers draw on various theories and disciplines when analyzing cultural products.  For example, structuralists such as Barthes, or Levi-Strauss would be interested in the multiple layers of arbitrary accounts in season three.  Political economists such as Vincent Mosco, Dallas Smythe and Herbert Schiller might not even go that far and be more concerned with why quality shows such as Homeland are not offered free-to-air TV.

In Homeland Season three, ideology is alive and kicking.  From antagonist Abu Nazir being the most wanted man on the planet to making Iran as a whole, the new antagonist – what the USSR was in the 1980s  in other words – came sort of out of the blue.  The CIA gets blown up at the end of season two, only for Season three to remind us (similarly to post 9-11), that retaliation is inevitable.  But the presentation of the retaliation is a stroke of writing genius.  Saul becomes the ‘maestro’ who has found a way to resolve the Middle East problem.  He makes his counterpart, Javadi, pro-US.  Once Javadi becomes the ‘puppet’ only then will issues be resolved.  Moreover, Javadi is also  a really smart guy (he has the best lines in the show and sums it all neatly to Carrie in their last scene).  So Javadi is a smart Iranian monster who, when controlled, will allow the US to save the world.  Only that way will peace reign.

Yet my most interesting aspect of the season is the continued portrayal of madness.  The institution, what a terrible notion – the great confinement of Carrie! How messed up, Carrie on meds in a madhouse will only make her crazier.  Foucault would be thrilled.  At least she was not electro-shocked again though right? Right? I mean, ECT is out of order.  The producers and writers, despite all the authenticity and detail of the show, got this one wrong, but not many – in fiction – get madness right.

The final angle is a purely cinematic, creative account.  Good ol’ fashioned entertainment.  Let me tell you, this is great TV. In 2003 film and TV analyst Edward Buscombe wrote,

Since the US small screen has gone global we can argue that it’s going through what seems to be a never-ending golden era.  The Sopranos, Six Feet Under, Dexter and now Homeland (there are many many more, I know).  It really is art; here I am thinking about it, writing about it.  I have not done that for anything audiovisual since The BBC’s The Virtual Revolution.

So, Brody the cockroach was built up for 36 episodes only for him to be hanged in Tehran.  I felt sorry for him and for the underlying love story that motivates so many of us.  Carrie loves Brody because she gets him.  Love, the love of one woman to be precise, brings peace on earth.  It’s powerful because Brody is anything but a cockroach.  We get him too.  Us and Carrie alone.  In the final episode of season three, Brody’s anxieties are palpable; he shivers, he cannot drive, he sweats, he does the right thing and goes through what he has been asked to (unlike season one), feels guilty about it nonetheless, meaning he can tell right from wrong.  He is a vulnerable, unlucky man, and yes, ultimately a redeemed man (that is why he goes into Iran), and it all makes us feel Carrie’s pain.

The biggest issue I have with season three is that the show has been renewed for  a forth season.  Shame really.  By killing off Brody it does not mean you can start a new season afresh. Talented writers get insecure too I guess. It would have been much more impactful had the show finished here; to have had the balls to kill off the show and allow the audience to remember it alongside one of the most memorable TV characters, Nicholas Brody.